Could Bitcoin Ever Go To Zero? 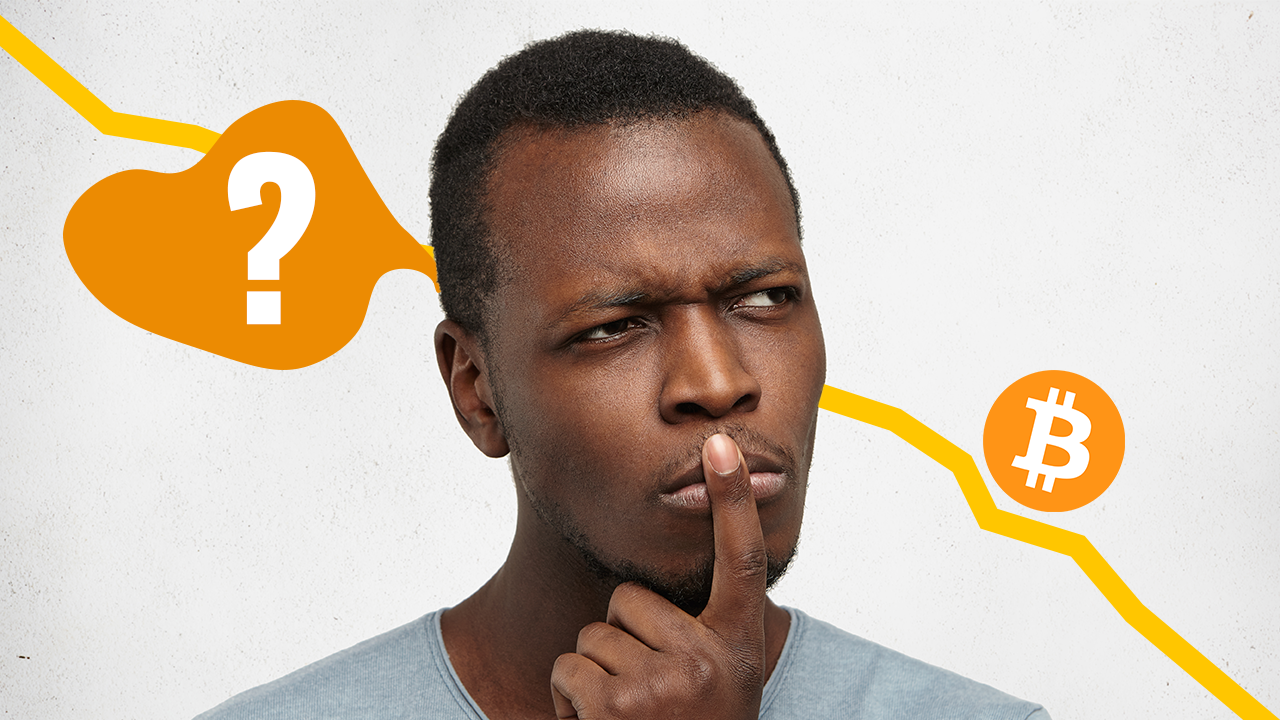 Could Bitcoin Ever Go To Zero?

Although it may seem possible "theoretically", but it is highly improbable (in the nearest future) that Bitcoin can crash to Zero.

Warren Buffet (the world's sixth-wealthiest person) said in an interview that he does not own any cryptocurrency, and he has no intentions to do so. He also went further to say cryptocurrencies are worthless.

In July 2020, Calvin Ayre, a former Bitcoin advocate, in response to a tweet by Peter Schiff, mocked BTC saying it is worthless. 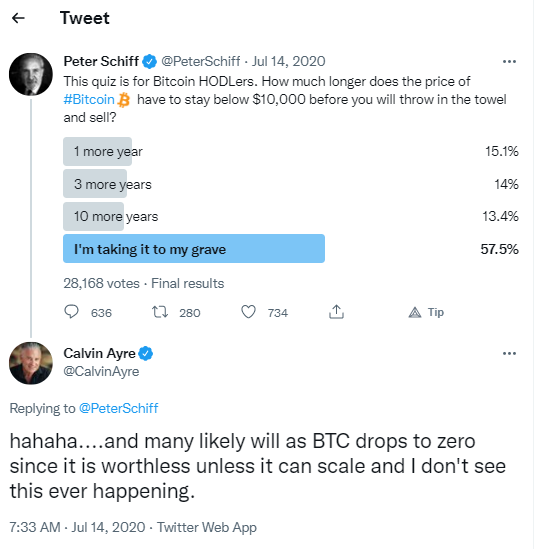 However, in recent years, there has been an inundation of institutional investment in Bitcoin.

Companies like MicroStrategy, Tesla, Square, and Aker ASA have bought Bitcoin for their corporate treasuries. Consequently, such investments brought about Bitcoin’s bull run in 2021 and made it clear that the cryptocurrency is here to stay.

But come to think of it, what could make bitcoin lose 100% of its value?

Is It Possible For Bitcoin To Crash To Zero?

Based on a study carried out by two Yale economists in 2018, they found that the probability of Bitcoin ever crashing to zero is 0.3%

Yukun Liu and Aleh Tsyvinski published a report titled "Risks and Returns of Cryptocurrency," in which they examined the risk of Bitcoin crashing to zero in a day.

They saw that the likelihood of the cryptocurrency falling to zero was around 0.4% at the time the report was published.

Aleh Tsyvinski Compared the euro (Euro) and stated that the euro has a 0.0009% chance of crashing to zero.

Now, let us look at some common arguments about Bitcoin

Some argue that Bitcoin will eventually crash because it has no intrinsic value. Saying it gains its value purely based on people's perception.

Intrinsic value: In philosophical terms, intrinsic value is a property of anything which has value by virtue of its own nature. In other words, something that retains value regardless of how humans perceive it.

However, supporters counter that it is backed by adopters' confidence and math.

People often make it look like Bitcoin is in opposition to Fiat currencies but in actuality, both are not backed by any physical commodity. Although, some would argue that at least the dollar is backed by debt.

Some argue that Bitcoin is just a sophisticated scam made up by some criminals to reap users of their money.

They argue that Bitcoin is nothing near decentralized. They say it is manipulated by a group of developers and only benefits a certain class of people.

But if they think this way, it would mean that they are ignoring the fact that anybody competent enough can forke the complete protocol easily if inappropriate changes are made.

In Bitcoin mining, it is the miner with the most combined work that automatically becomes the authorized chain and all nodes and miners can choose whichever client they run. Consequently, the Bitcoin unit on these chains will have value because of the mathematical work and resources involved in maintaining the integrity of the network.

With Bitcoin, all nodes and miners are free to choose which client they run—the client with the most combined work automatically becomes the canonical chain. As a result, the Bitcoin unit on these chains will almost certainly still have value, due to the computational work and resources involved in maintaining the integrity of the network.

They argue that Bitcoin has no utility. Therefore it has no real value.

However, we can argue that they are wrong because Bitcoin’s utility is directly related to the number of users.

Online trading is now in vogue and we now have a whole ecosystem of DeFi (Decentralized Finance) tools that have given it more utility.

Bitcoin’s utility is significantly growing faster because of the increasing number of Bitcoin wallets.

Assuming Bitcoin were to crash to zero. That would mean two things.

Either every Bitcoin user stopped using the cryptocurrency for the exchange of goods and services for some reason, or investing institutions that buy securities for money-management purposes got liquidated.

The above can only happen if Bitcoin is banned globally—as it already is in some countries.

For this to happen, the entire Bitcoin network (even the ones in space) has to be stripped and made impossible to set them up again.

This is almost an impossible task to accomplish!

You see, it is the decentralized nature and worldwide spread of network nodes that is what makes the unique selling point of the Bitcoin blockchain.