Technical Analysis In a Nutshell

Technical Analysis In a Nutshell

Candlesticks come in a variety of designs (patterns).

Each pattern provides us with information on the state of the market (market psychology).

I'll be showing you a selection of the most significant candlestick patterns in this section, along with the narratives they tell and the scenarios that are most likely to occur as a result of them.

When one candle completely engulfs the candle before it, an engulfing candlestick pattern is formed. 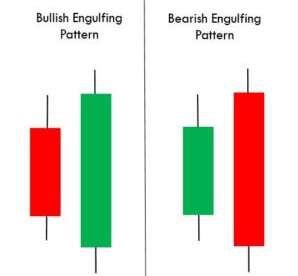 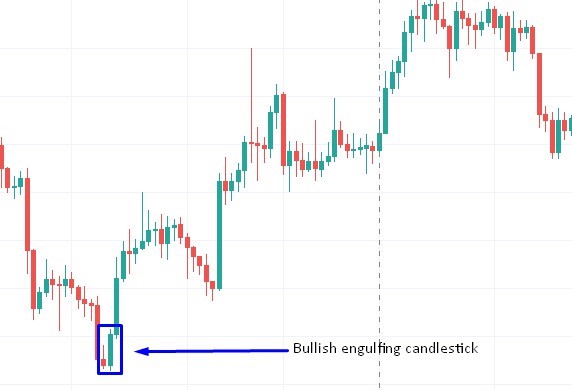 The bears are weary in this scenario, and the bulls are taking over. Based on the foregoing, we will earn if we enter a trade after this pattern has formed.

Please keep in mind that the indication from this candlestick should not be traded on its own. Before trading this signal, look for confluence with two or three more indicators.

Confluence is found by employing two or more indicators to confirm your signal.

In addition, if a bearish engulfing candle happens near the peak of a trend or important resistance region, it is a strong indication that the trend is poised to revert downward. 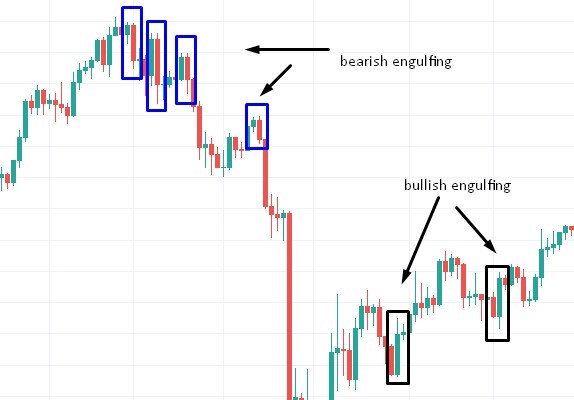 The bearish engulfing candlestick pattern indicates that the bulls have lost power and the bears are now on top.

Also, keep in mind that the candlestick should not be traded alone, but in conjunction with other indicators for confluence.

When the market opens and closes at the same price, the Doji candlestick pattern is formed.

It indicates that there is market equality or indecision.

Neither the bulls nor the bears have the upper hand.

When the doji appears at the top or bottom of a trend, it is quite likely that the market will reverse. 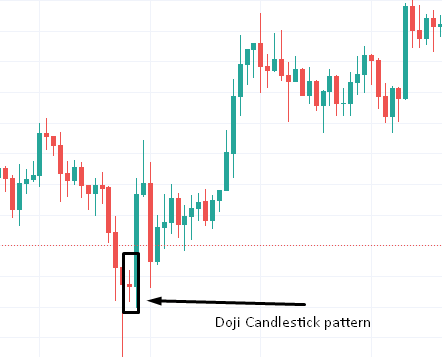 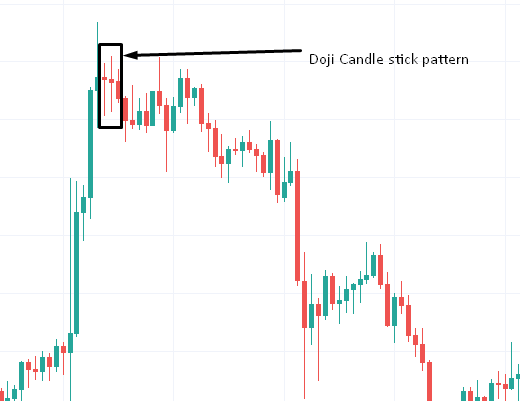 Always look for confluence before making a trading decision based only on this candlestick pattern.

There are two different types of Doji candlesticks.

The Gravestone Doji and the Dragonfly Doji.

The dragonfly doji is characterized by a lengthy lower shadow.

This indicates that there is significant purchasing pressure at the open price.

The dragonfly doji depicts the story of sellers driving the price down at the start of the period, but buyers came in and overpowered them, allowing the period to end at the same or very near to the open price.

When the dragonfly doji appears at the bottom of a downtrend or a critical support region, it is a strong indication that the market is likely to turn bullish. Hence, it is also termed the "bullish doji."

But don’t forget, you must find a confluence before taking this trade.

This is the opposite of the Dragonfly doji.

This indicates that selling pressure is high at the starting price.

The psychology here is that the buyer took up the price at the start of the market, but the seller overpowered them and brought the price back to or close to the opening price.

When this happens at the top of a trend or a significant resistance point, it indicates that the market is ready to revert to the downside.

As a result, it is also known as a bearish doji.

As is customary, do not enter this trade unless you have found a confluence. 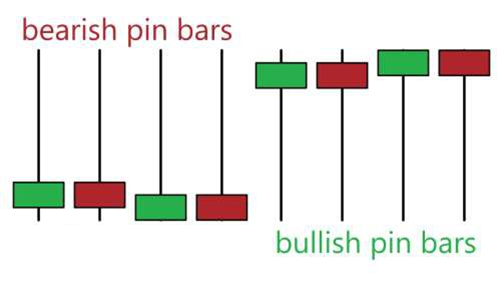 The candlestick has a short or no tail at one end and a lengthy tail at the other. The lengthy tail must be at least twice as long as the body.

It happens pretty frequently and is a potent trend reversal indicator. It's my personal fave. Many traders only use this indicator to trade. 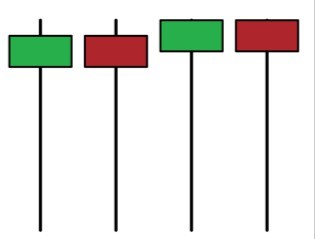 The hammer has a long lower shadow, has a small body, and either a short or no top shadow.

It's a good sign if the hammer appears at the bottom of a trend or a crucial support point, it’s a strong indication that the trend is about to reverse to the upward direction.

If the hammer falls on an upward trend, it is a strong indication that the price will keep going in the same way.

Look at the image below; 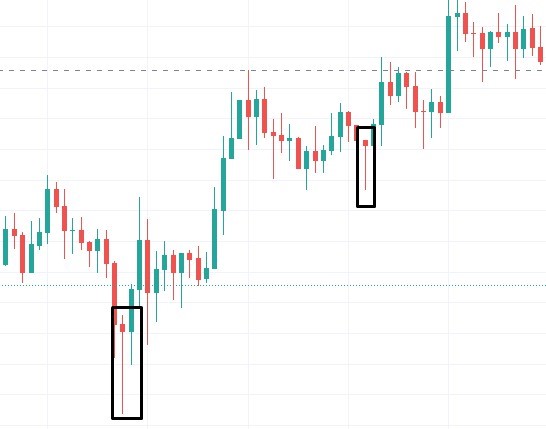 It makes no difference what colour the hammer is. A green hammer, on the other hand, is more powerful than a red hammer. 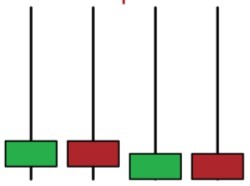 Its indications are diametrically opposed to those of the hammer.

If it occurs at the peak of an upward trend, it suggests that the trend is poised to reverse.

If it happens near the conclusion of a downward trend, it means the trend is likely to continue in the same way.

Consider the image below. 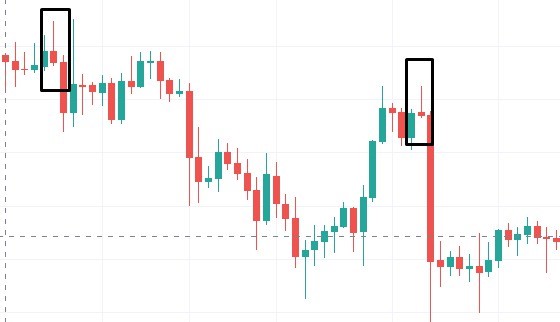 Also note that signals from the pin bars should not be used unless its confirmed by other indicators.

This candlestick pattern is classified as a reversal or continuation pattern.

The second candle must close inside the prior one for the harami pattern to be valid, hence the name 'inside bar.'

If it occurs along an uptrend or downturn, it indicates that the trend will continue and that it is a good time to join the trend.

This candlestick comes in two variations:

• The Bullish Harami and 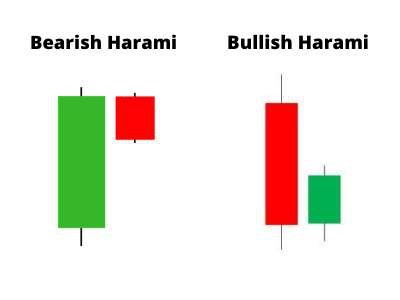 If this occurs at the bottom of a downtrend, it is a powerful trend reversal signal, indicating that the market is going to shift to an uptrend. If it happens during an upward trend,

It is an indicator of trend continuation.

Please see the chart below. 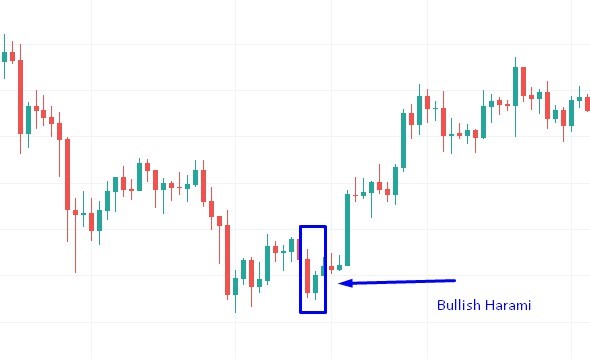 This is a strong indication that the trend is about to flip to a downtrend if it occurs at the top of an uptrend or a critical resistance level. It is an indication of trend continuation and a good entry if it occurs along a downtrend. See the image below. 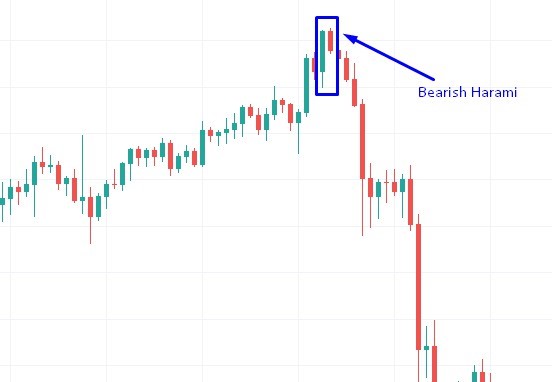 As usual, do not use this signal alone unless you find confluence from other 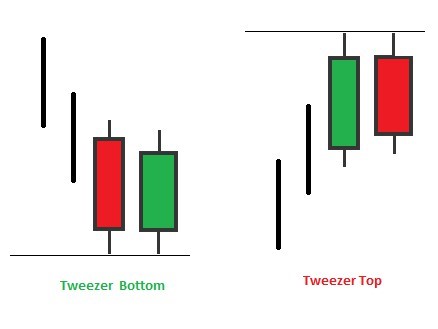 The initial candle in this configuration is a green candle, which is followed by a red candle of equal or equivalent size.

When the two candles that make up the tweezer top are merged, they form a gravestone doji candle stick design.

As a result, it tells the same tale or follows the same market psychology as the tombstone candlestick while also providing the same indication. i.e. 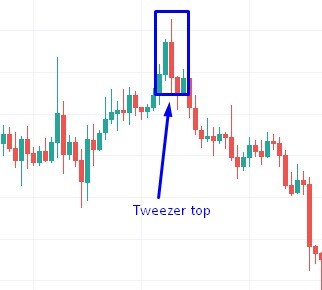 The tweezer bottom is the inverse of the tweezer top, as is the dragonfly doji of the gravestone doji.

The first candle is red, while the second is green. When these two candles are connected, they form a dragonfly, giving rise to the dragonfly doji.

If it occurs at the bottom of a downtrend, it is a strong indicator of a bullish reversal. See the image below. 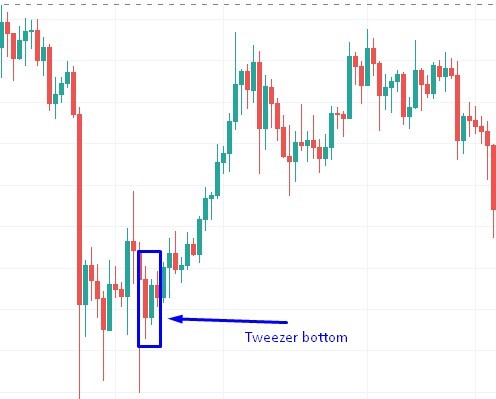 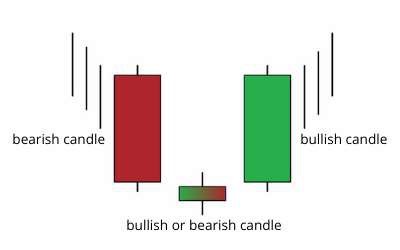 It is made up of three candlesticks.

The first candlestick is bearish, indicating that bears have taken control of the market.

The second candle is a little candlestick that indicates that the bears are losing ground. This candlestick is available in red or green.

To be bullish, the third candlestick must close above the midpoint of the first candle. This means that the bulls have taken control.

This candlestick pattern depicts how the bulls have beaten the bears and taken control of the market. When we witness this pattern, especially around a major support level, we should anticipate an uptrend. See the image below. 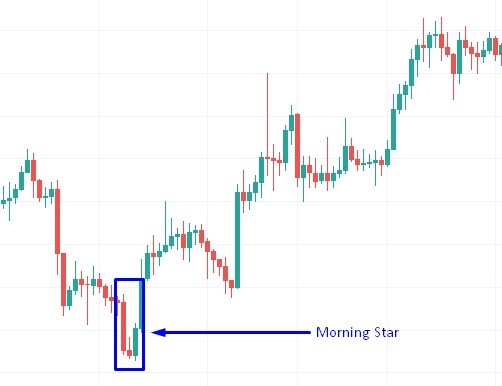 As I always say. Make sure to find confluence before trading this signal. 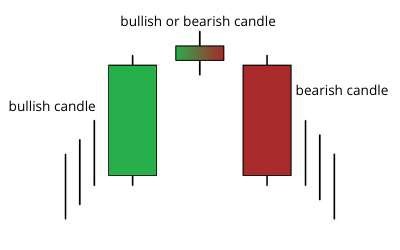 It is made up of three candlesticks.

If the third candlestick is bearish, it must close above the first candle's midpoint. This suggests that the bears are gaining control.

This candlestick pattern is a reverse of the morning star and tells us how the bears have beaten the bulls and taken control of the market. When we see this pattern, particularly near a critical resistance point, we should expect a downturn to follow. Please see the image below. 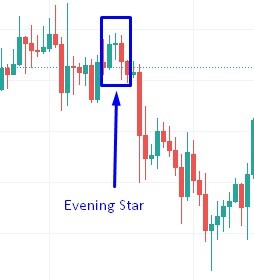 Now that you have learnt the fundamentals of Technical Analysis, charts will no longer appear "Chinese" to you.

However, you cannot go all in and begin trading without a proper guide.

You will make missteps that will cost you a lot of money.

Vol. 2 of the CTMastery Course takes you step by step through everything you need to know.

To purchase the course, please click on the image below. 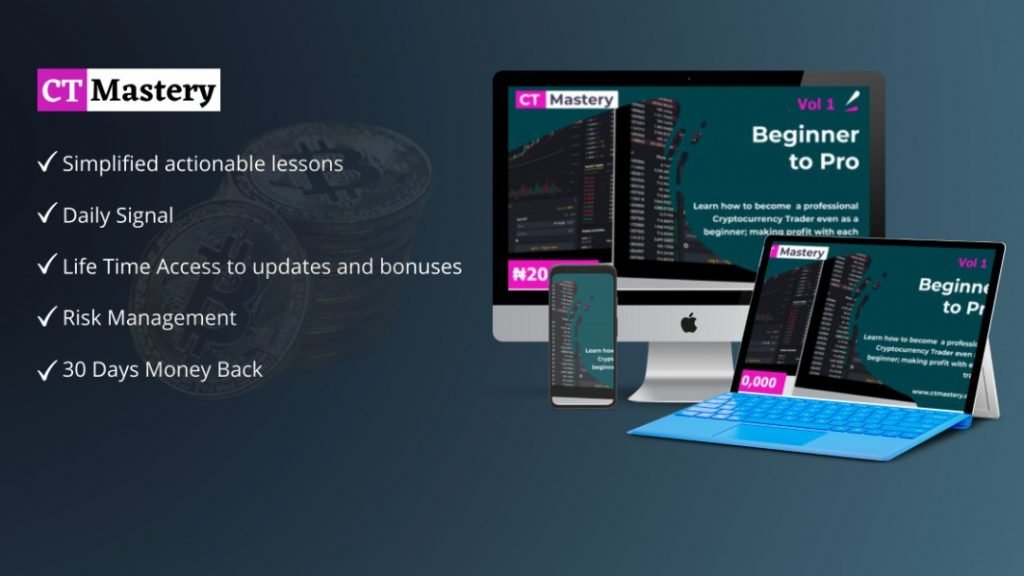